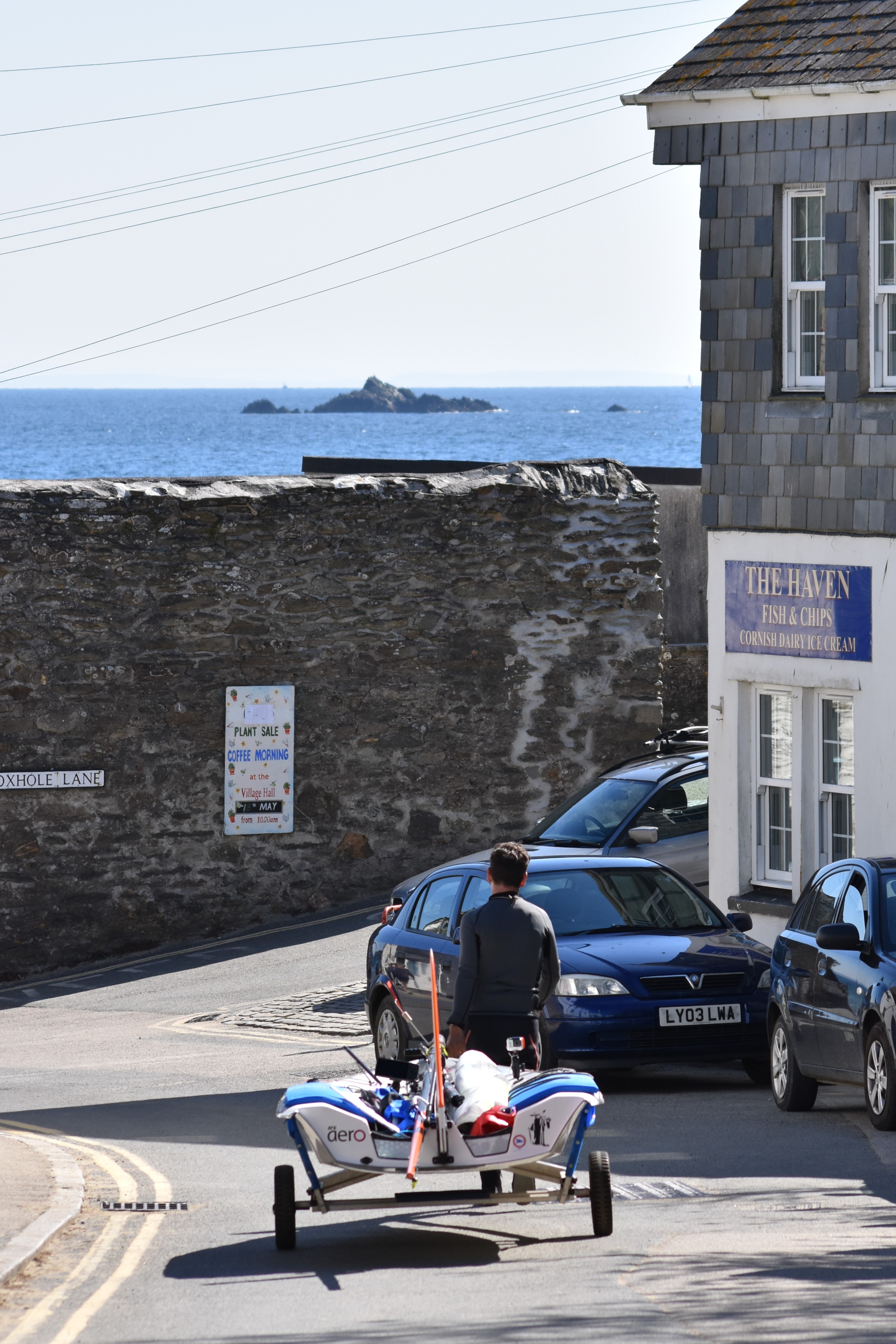 Sometimes the islands in this challenge don’t have too much history just because of the nature of their topology. This week on our island blog we are exploring two such islands – Gwineas just off Gorran Haven and Gull Rocks, both in South Cornwall. Gwineas could well have been the base for an early Christian saint and its name may derive from Cornish “Gwyn-enys”, white or holy island. The rocks are probably most famous for the ship wreck of the SS Ardangorm – the story from the RNLI logs is shown below:

At 3.10 A.M. a message was received that distress signals were being fired from a vessel off Chapel Point, near Mevagissey. A fresh E.S.E. wind was blowing, with a very heavy sea. The weather was very misty. At 3.45 A.M. the motor life-boat C.D.E.C. was launched and found the S.S. Ardangorm, of Glasgow, of 5,000 tons, ashore on the Gwineas Rocks, with heavy seas breaking over her.

The coxswain told the captain that he would be quite safe until daybreak, but that if he wished the life-boat could rescue him and his crew by breeches buoy. The captain decided to remain on the steamer and asked the coxswain to stand by. This he did and at daybreak the life-boat went alongside and rescued eleven of the steamer’s crew. Then, after making sure that the twenty-five men remaining on board were in no danger, she landed them at Fowey. She asked that two tugs should be sent out to the steamer, returned to her, and stood by until 2.30 P.M.

An Admiralty tug had arrived and, after discussion, it was decided to abandon the steamer, as there seemed no hope of saving her. The life-boat took off the remaining 25 men and returned to her station at 4.18 P.M.

Gull Rock is located just under half a mile off Nare Head. It is a birdwatcher’s paradise and much like Gwineas a nightmare to the odd mariner who has run aground on it.

Perhaps the best known shipwreck here is the German steel barque Hera, wrecked in 1914. Out of a crew of 24 only 5 survived long enough in the freezing conditions to be rescued by the Falmouth lifeboat. Those who didn’t make it are buried in Veryan churchyard. You can find out more about the amazing story of survival at:

In order to sail round these islands I needed to launch from Gorran Haven and land at Caerhays Beach. The initial sail from Gorran to Gwineas was very slow and I was easily passed by a local rowing gig team. By the time I’d crawled out to Gwineas I was beginning to think it was going to be a very long day. Luckily as I rounded the island the wind filled in and I soon left the gig wallowing in my wake. Once round Penare Head the small dot of Gull Rock appeared in the distance – boy did it look small. The winds remained constant and although progress wasn’t as quick as I would have liked, it was progress, and Gull Rock was getting bigger. I passed one cruiser under sail, but before I could celebrate another passed me – although they were motoring! As the stunning coastline of bays passed by the rock got bigger and bigger. By the time I came to round it I appreciated how large it was and why it had been the death knell for the Hera over a 100 years ago. Shifty winds around the far side meant lots of ducking to avoid the flailing boom but after coming out the other side I was rewarded with a more constant breeze. Setting course for Caerhays I was soon on the radio to Earl to confirm landing arrangements. The approach to Caerhays was all about timing the waves to get in to the bay and looking for the safe approach in to the beach. As ever there were a few enquiring people wondering where I’d come from and what I was up to, but when it’s this sunny and you’ve only had a 3 hour sail you have plenty of time to chat whilst de-rigging the boat. So day 1 of this trip to Cornwall was safely accomplished – the remaining days would not prove to be so straight forward!

Yodare Island of the Week No.6 St George’s Island