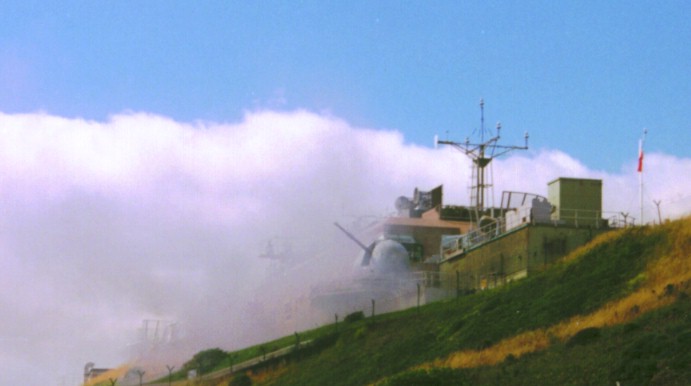 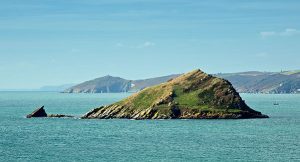 Lying just 4 miles South South east of Plymouth, Great Mewstone’s triangular outline dominates the view for miles of coastline. The island gets its name from the old English name for the herring gull and these, along with many other birds, are the only inhabitants on the island these days. In 1744, a local man found guilty of a minor crime was sentenced to stay on the island for seven years. He had the last laugh since he decided to stay on the island for the rest of his life, not once returning to the mainland. His daughter, known as ‘Black Joan’, remained on the island. She married and raised three children.  The only other residents recorded as living on the island were Samuel Wakeham and his wife Ann. They set up home on the island when Sam was due to be transported to Australia, instead negotiating to live his years of exile on the Mewstone. They enlarged an existing house, the odd turret-shaped building that remains today, and cleared a garden to grow food and keep some animals. Sam might have stayed on the island for the rest of his days, had he not been caught smuggling. He was lured into a trap by an excise man and had to leave the island. 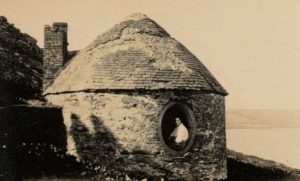 The island then remained uninhabited until it was bought by the War Office during World War II because it was in the line of fire from gunnery school HMS Cambridge, the navy’s main shore based gunnery school in the south west. Live firing practice was conducted most weekdays and shattered the peace of the coast for miles. HMS Cambridge was decommissioned in 2001. 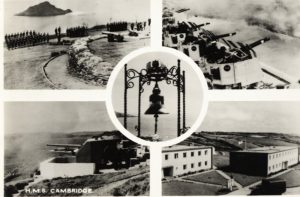 The Great Mewstone is still not open to the public and makes for a very important site for a variety of seabirds like shags, cormorants and small sailing dinghies!!

Yodare Island of the Week No.1 St Tudwals East and West