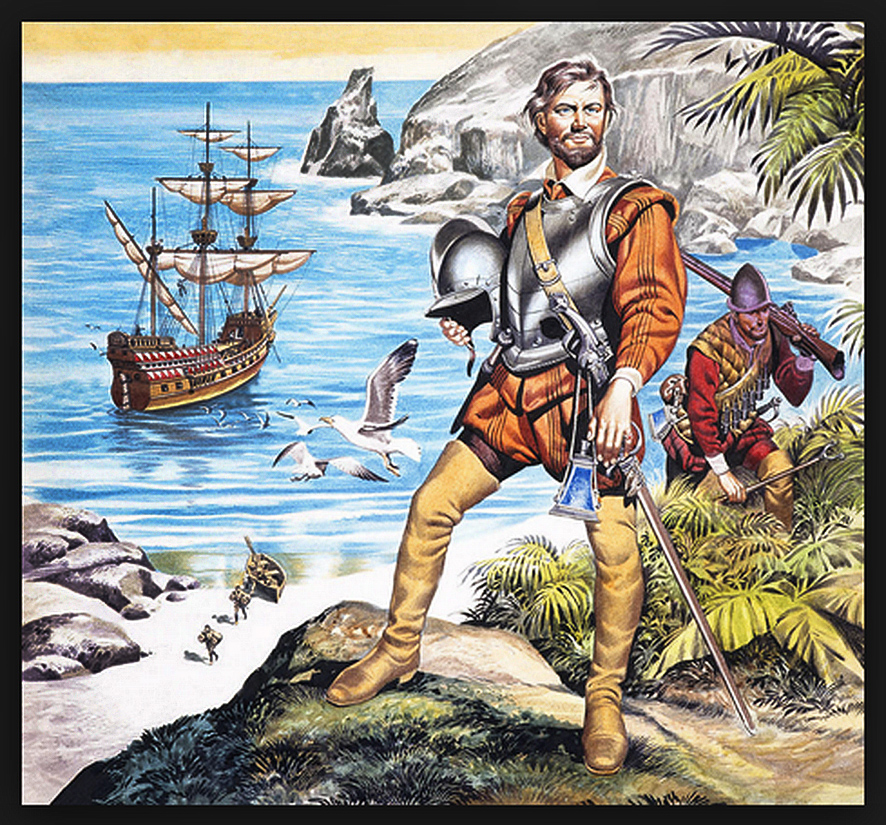 Situated only a few hundred yards from Plymouth this island is named after the second person to successfully circumnavigate the globe in one expedition. Almost as big an adventure as Yodare! 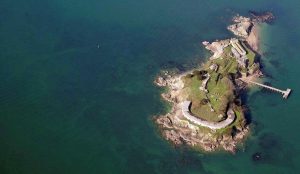 The first recorded name for the island was in 1135, when it was referred to as St Michael’s after the chapel erected on it. Later when the chapel was rededicated to St Nicholas the island changed it’s named to St Nicholas’s Island.   From the latter part of the 16th century the island was often  referred to as Drake’s Island after Sir Francis Drake, the English privateer who used Plymouth as his home port. Even well into the 19th century, maps and other references continued to refer to the island as St Nicholas’s Island and it is only in about the last 100 years that this name has slipped into disuse and the name Drake’s Island has been adopted. It was from here that Drake sailed in 1577, to return in 1580 having circumnavigated the world, and in 1583 Drake was made governor of the island. From 1549 the island began to be fortified as a defence against the French and Spanish, with barracks for 300 men being built on the island in the late 16th century.The fort played a crucial role in the defending the maritime city from French and Spanish invasions in the late 16th Century. In June 1774 it gained the unwanted record of the first recorded submarine fatality in history which occurred north of Drake’s Island, when a carpenter named John Day perished while testing a wooden diving chamber attached to the sloop Maria. It has also been used as a prison, a religious centre, a refuge and, most recently, an outdoor centre for sailing (very approrpiate for Yodare!), which closed in 1989.  A bidding war in 1995 saw it  bought by the local football club chairman with plans to turn it to a luxury spa and hotel. It is now up for sale at an eye watering £6million – that would buy 1,200 Yodas!! So really looking forward to April and checking out this bit of sailing history.