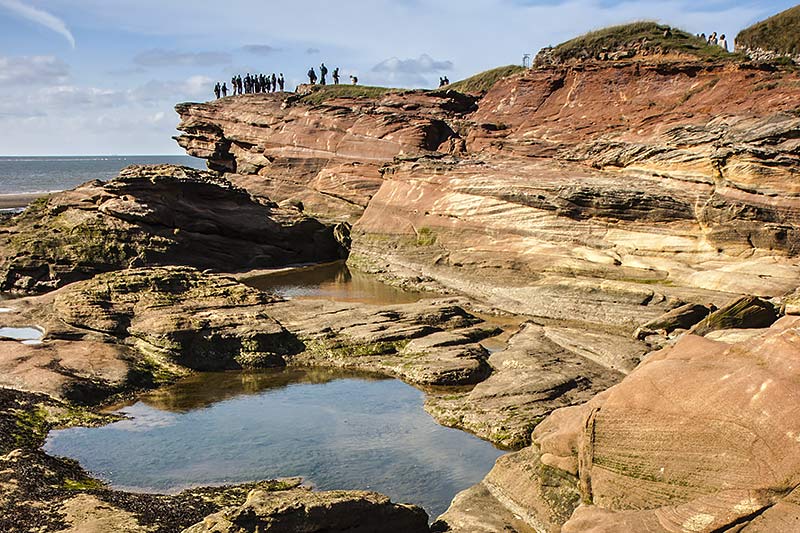 An archipelago of three islands located on the river Dee estuary, they are believed to be named after a small chapel to St Hildeburgh which was built on the islands. The largest island is called Hilbre Island and is home to several buildings although none are now uninhabited. At the end of the island is the old lifeboat station to which the crew would have to either ride to on horse back or row to before they could even launch their boat!

The other smaller islands are called Middle Eye and Little Eye. The three islands are all connected at low tide and make a popular walk, although those that get their tide times wrong are often rescued by the local RNLI hovercraft!

The islands were a challenging sail with windy conditions and tide timings were key. After a long 5 hour drive to get there I was disappointed that the tide appeared so far out. However the great sailors from West Kirby sailing Club said get rigged – that tide will be in within 30 minutes. To my amazement I watched it race in across the estuary and soon realised why so many people get stuck on the Hilbres Islands! With the kind assistance of some rib support from WKSC I was soon heading out in to the 25-30kts that was blowing across the estuary. The water became rougher the further out and once I escaped from the shelter of Hilbres Island there was a lot of swell generated by the incoming tide. Sailing almost to the wind farm (at least that’s what it felt like – but turns out those wind turbines are a lot bigger than they look) I then tacked round to head back to circumnavigate the islands. The local advice was not to try the gap between Hilbres Island and Middle Eye as there are lots of rocks that can wreck a dinghy like mine. So I made a big circle round them both and then a quick spin around Little Eye. After that it was a high speed sail back to the sailing club and islands 70,71 and 72 were completed. Really loved the setting of these islands and I need to come back and do the walk.

You can really appreciate the stunning setting of these islands in this great drone footage…..

Yodare Island of the Week 15 – The Solent Forts