Detective mysteries, art deco hotels and sea tractors – it must be Burgh Island!! 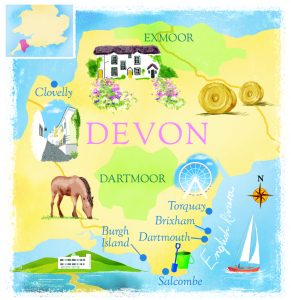 Located  on the south Devon coast Burgh island is an island during the higher phases of the tide, but near low tide it is attached to the mainland by a sand bar. 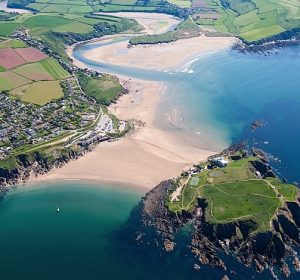 These types of island are challenging for Yodare because it’s all about timing to get round the island when conditions permit. If I’m lucky I might get to see the sea tractor that takes residents to the hotel when the tide is in and could become the first RS Aero to sail around a tractor! 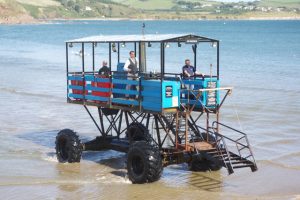 The early history of Burgh Island is somewhat unknown however the remains of a chapel sit on the Island known as Huer’s Hut. Originally it is thought that the chapel was where fishermen would keep a watch for shoals of pilchard. When spotted the fishermen would make a ‘cry’ to alert other local fishermen of Bigbury. This is where the term Hue and Cry developed.

The Pilchard Inn on the island is a 14th century hideout for smugglers and pirates – and is said to be haunted.

The island’s hotel is famous for its art deco architecture and its links with celebrity guests, in particular Agatha Christie,who used it as an inspirational setting for two of her books “And Then There Were None” and  “Evil Under The Sun”. Hopefully after rounding the island and packing up the boat I can then walk over to the island and enjoy a well earned pint in the Pilchard Inn!

Yodare Islands of the Week No. 8 – Torbay Islands