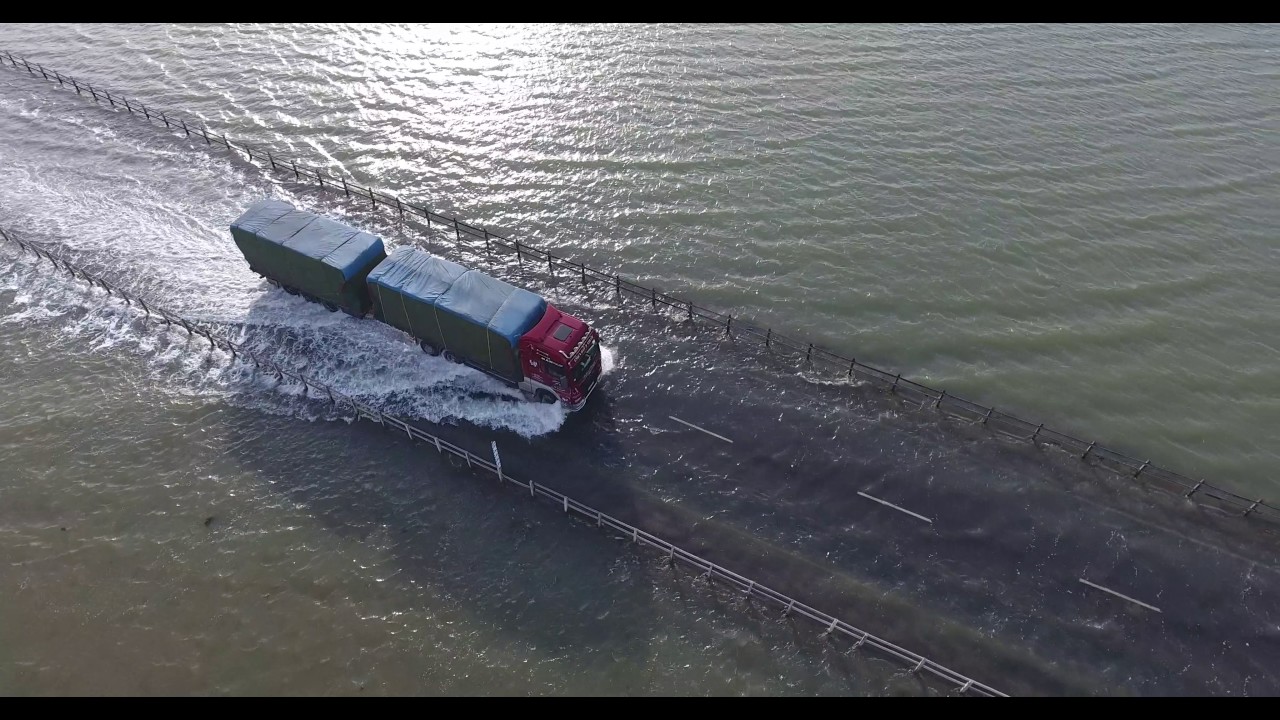 Getting to and from Mersea Island isn't EASY!

So this week’s “Island Friday” takes us over to the Essex coastline and one of the many low lying islands that bring on the challenge of “mud banking” – not getting stuck in the mud! The island itself is around 5 miles long and 2 miles across at its widest point. The island is accessed by the ancient Roman causeway the Strood. The Strood often becomes covered in water at high Spring tides, making it an adventurous journey for motorists.It is also reputedly haunted by a ghostly Roman Centurion – I hope he has good wellies! 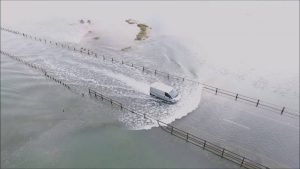 The area around Mersea Island is a popular for sailing and the Strood makes for an interesting “hurdle” during the annual Round Mersea Island sailing race. I’m hoping Ian and Jane are going to be as helpful as the support crew below – good job YODA only weighs 30kg!! 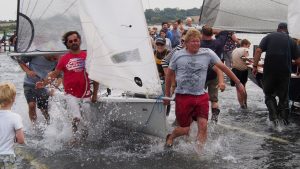 In 1916 two Zeppelins crash landed close to Mersea Island having been damaged in a bombing raid over Colchester.  The crews were taken prisoner by the military forces stationed on Mersea Island and the wreckage helped Britain develop its own airships. Apparently the odd part of the Zeppelins occasionally still comes up on EBay! 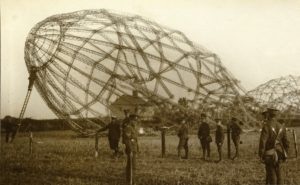 The island itself is formed by the Blackwater and Colne rivers and the tidal variations mean that getting “stuck in the mud” is a real risk for Yoda, so careful planning is required. These waters have also been historically linked with the Oyster industry since the Roman Times. Oysters from here have been traded across the world and the Essex Oyster fishery is officially opened every year by the mayor of Colchester! 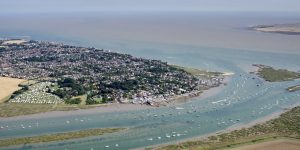 So that’s it for today’s “Island Friday”, hopefully you enjoyed learning about Mersea Island and here’s a taster of the adventure awaiting Yoda…..