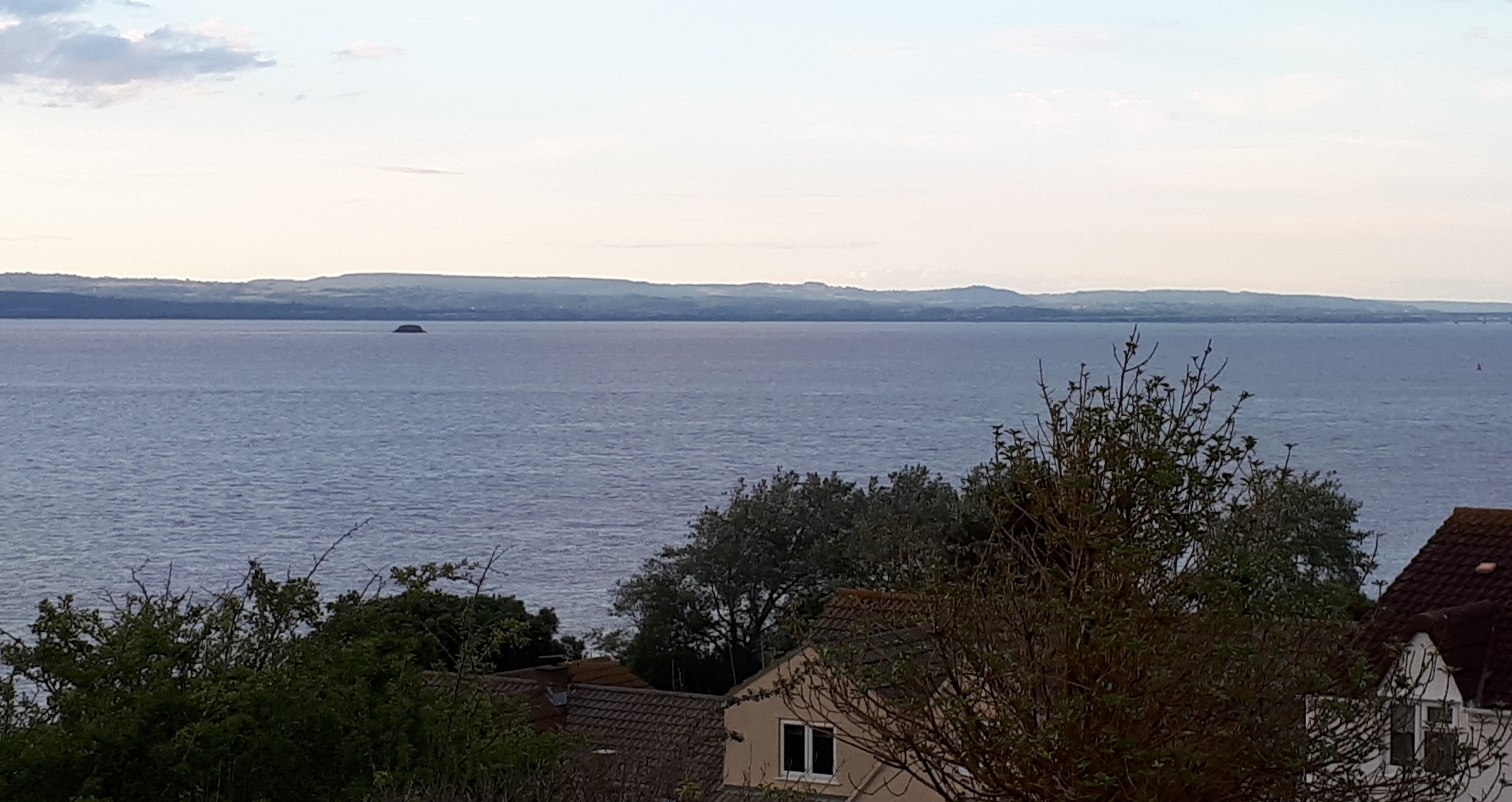 Appearing like a small “pimple” on the chocolatey brown waters of the Bristol Channel Denny Island marks the boundary between Wales and England.

The tides in the estuary and Bristol Channel are the second highest in the world reaching 13.7 m (45 ft) at the spring equinox and create a chocolatey brown colouring to the water. The island is known as a nesting-place for gulls, cormorants and other seabirds, which are regularly seen and ringed there. In fact on the day I rounded the island there were people scrambling over its rocky surface doing just that.