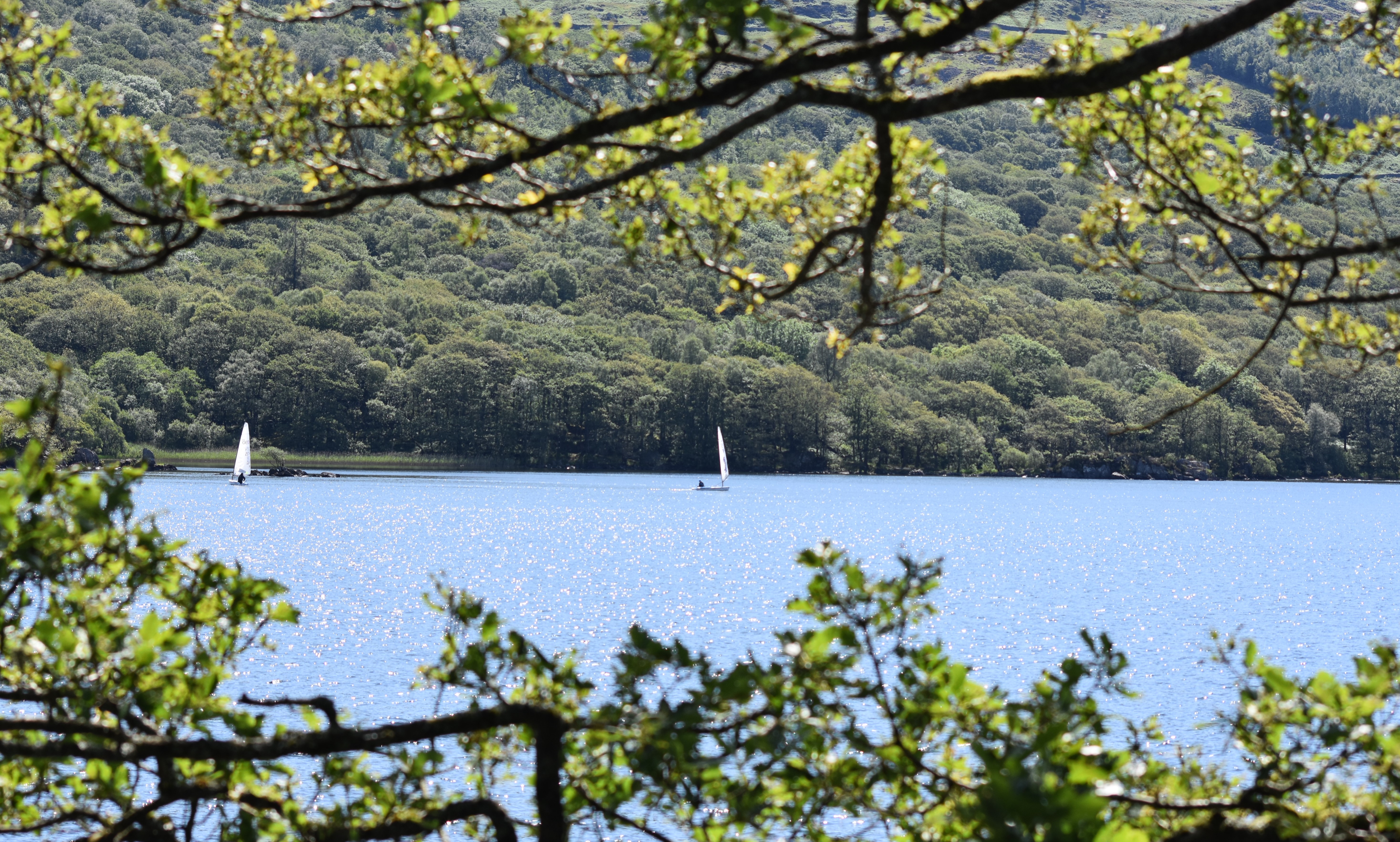 Coniston Water in the Lake District has a history linked with water speed records and the literary tales of young adventuring children in wooden sailing boats. Coniston is also home to one island – Peel Island.

Often regarded as a quiet backwater compared to the hustle and bustle of its near neighbour Windermere, Coniston’s peaceful serenity. That quiet was often shattered during the 1950s and 1960s as its flat water and straight shape provided Donald Campbell with the ideal location to attempt to break the water speed record in his jet powered boat Bluebird.

Donald Campbell, and his father Malcolm, broke the water speed record 11 times between them and 5 of those records were broken on Lake Coniston. The earliest record on the lake was in 1939 when Malcolm Campbell reached 141mph and by 1959 the record speed on the lake was up to 260mph. In the quest to break the 300mph barrier the Bluebird jet boat was modified and in January 1967 Donald Campbell reached an average speed of 297mph in the first timed kilometre run. In a break from normal practice Campbell decided to make the second return run without a break and that final run turned out to be a fatal attempt as Bluebird flipped whilst travelling at over 300mph.

In the film footage of the final attempt Donald Campbell can be heard commentating on the run and he mentions Peel Island in his last few words ……..

“… Full nose up … Pitching a bit down here … coming through our own wash … er getting straightened up now on track … rather closer to Peel Island … and we’re tramping like mad … and er … FULL POWER … er tramping like hell OVER. I can’t see much and the water’s very bad indeed … I’m galloping over the top … and she’s giving a hell of a bloody row in here … I can’t see anything … I’ve got the bows out … I’m going … U-hh …”

Whilst officially called Peel Island and referred to as such on all official maps, there is the odd map in certain books that give Peel Island a completely different title – Wild Cat Island. This name is well known by keen readers of Arthur Ransome’s “Swallows and Amazons” and its associated books. Wild Cat island is the centre for numerous adventures in the books and the fictional island is heavily modelled on Peel Island. Ransome learnt to sail on Coniston and knew the island well. The “secret harbour” is accessible on the southern side of the island and the campground area are clearly visible as you sail round the island.

On the day of my planned sail around peel Island I was fortunate both in terms of weather and in terms of the rare pleasure of sailing company. The really helpful team at Coniston Sailing Club allowed me to use their excellent facilities for launching and even provided their sailing chairman Tony as a guide for sailing round the island. As a fellow Aero sailor he was keen to get involved and soon we had a plan to do a complete circumnavigation not only of Peel Island, but also of the entire lake!

The wind was typically shifty as it is on most lakes, but the surrounding scenery of the fells and the Old Man Of Coniston looming above was absolutely stunning. We headed south from the sailing club to round Peel Island before continuing down to the southern most point of the Lake. The island itself is well hidden against the Eastern shoreline and careful navigation for underlying rocks was the order of the day. As we continued to explore the boat houses along the lakeside I reflected on what a wonderful place Ransome had to grow up in and learn to sail – no wonder the books have remained such a children’s favourite.

As Tony and I turned northwards to sail the length of the lake the wind was slowly decreasing and our speed and serenity felt a world away from the exploits of Campbell on this very same piece of water. We watched the RAF jets fly low overhead whilst the steam gondola motored past our serene progress. The last leg back from the Northern end of the lake back to the sailing club was very slow and after 3 and a half hours I finally pulled up on the Coniston sailing club slipway. A long sail for one island, but probably one of the most wonderful sailing days I’ll have on this adventure.