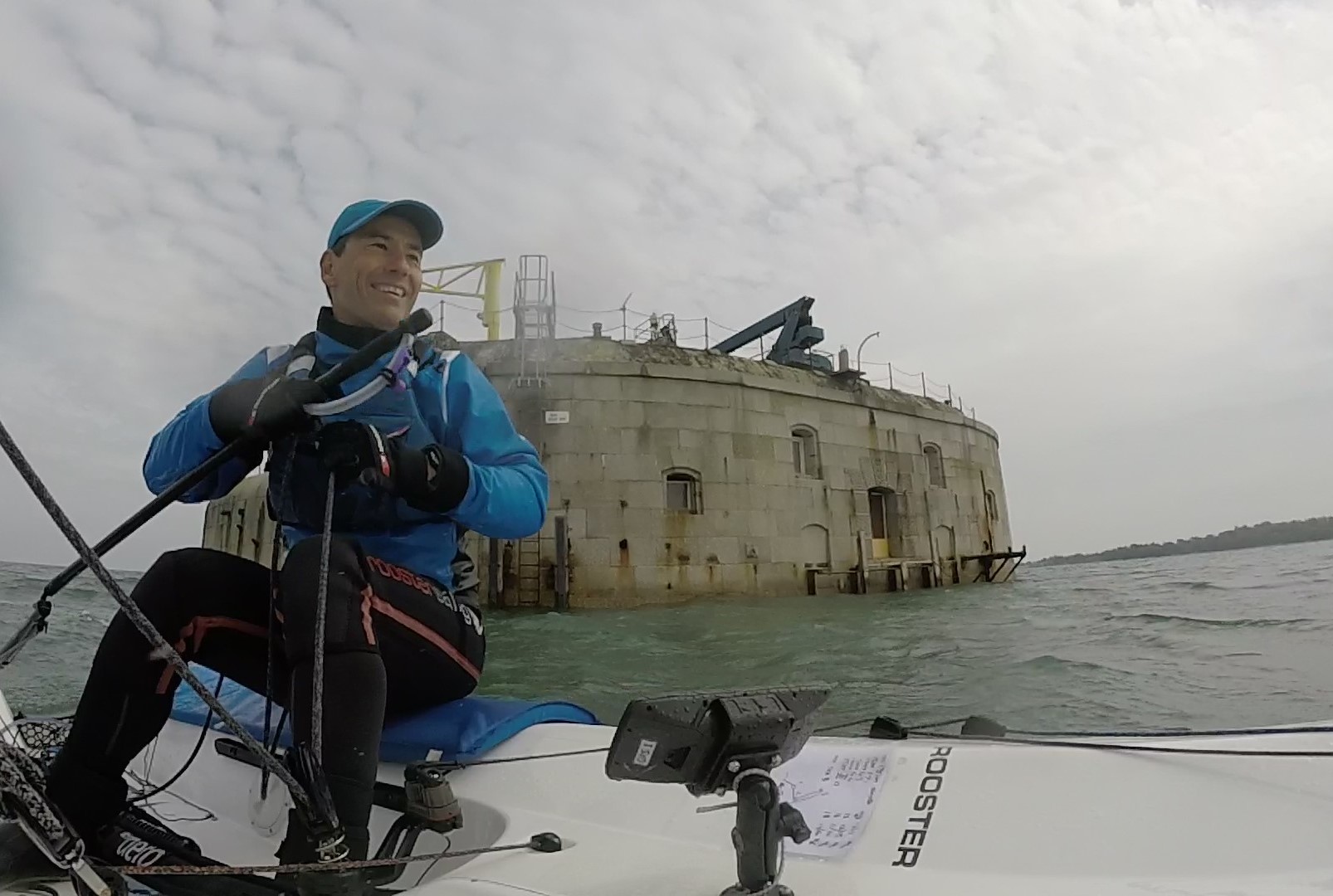 So what are the Solent Forts and why are they included in the Yodare Islands challenge? Well the definition of an island for the challenge is permanently visible at high tide and greater than 30 metres in length. All four Solent Forts meet the requirement, even if they are man made. As man has prevented me sailing round islands that “used to be islands” by building drains and causeways it seemed fair to get some “pay back” and add these to the challenge. The Palmerston Forts that encircle Portsmouth were built in response to the 1859 Royal Commission dealing with the perceived threat of a French invasion. The forts were intended to defend the Dockyard in Portsmouth.

These man-made island forts were originally built to protect the eastern approaches to Portsmouth Harbour from attack by enemy forces. The four armour-plated forts were designed by Captain E. H. Stewart and construction took place between 1865 and 1880, at a total cost of £1,177,805. By the time the forts had been completed, the threat of invasion had long since passed and although the forts were armed and re-armed as technology advanced, they were never used in anger. They were decommissioned in 1956 and put up for sale the 1960s, although they were not sold until the 1980s. They have now been transformed into luxury hotels and a museum.

The larger of the two hotels Forts, No Man’s Fort has 23 bedrooms and a helipad for those days when the Solent swell might otherwise prevent landing by boat. Luxury facilities include roof top hot tubs, marshmallow fire pits and cabaret club.

Horse Sand Fort is also owned by the same company as the two hotel forts but is left in a relatively derelict state and acts as a museum piece to how the forts would have been. You can visit the fort as part of a tour. During World War 2 there was an anti-submarine boom rigged between Horse Sand and No Man’s Forts as well as a submerged barrier from Southsea to the fort.

The smallest of the four Solent Forts, St Helen’s fort is located close to Bembridge on the Isle of Wight and is in private ownership. Periodically on one of the lowest tides of the year there is a mass walk from St Helens beach out to the fort and back (see above). At this day the causeway appears from the sea upon which the original materials were carried out from the shore at St Helen’s Old Church, where there was formerly a quarry.