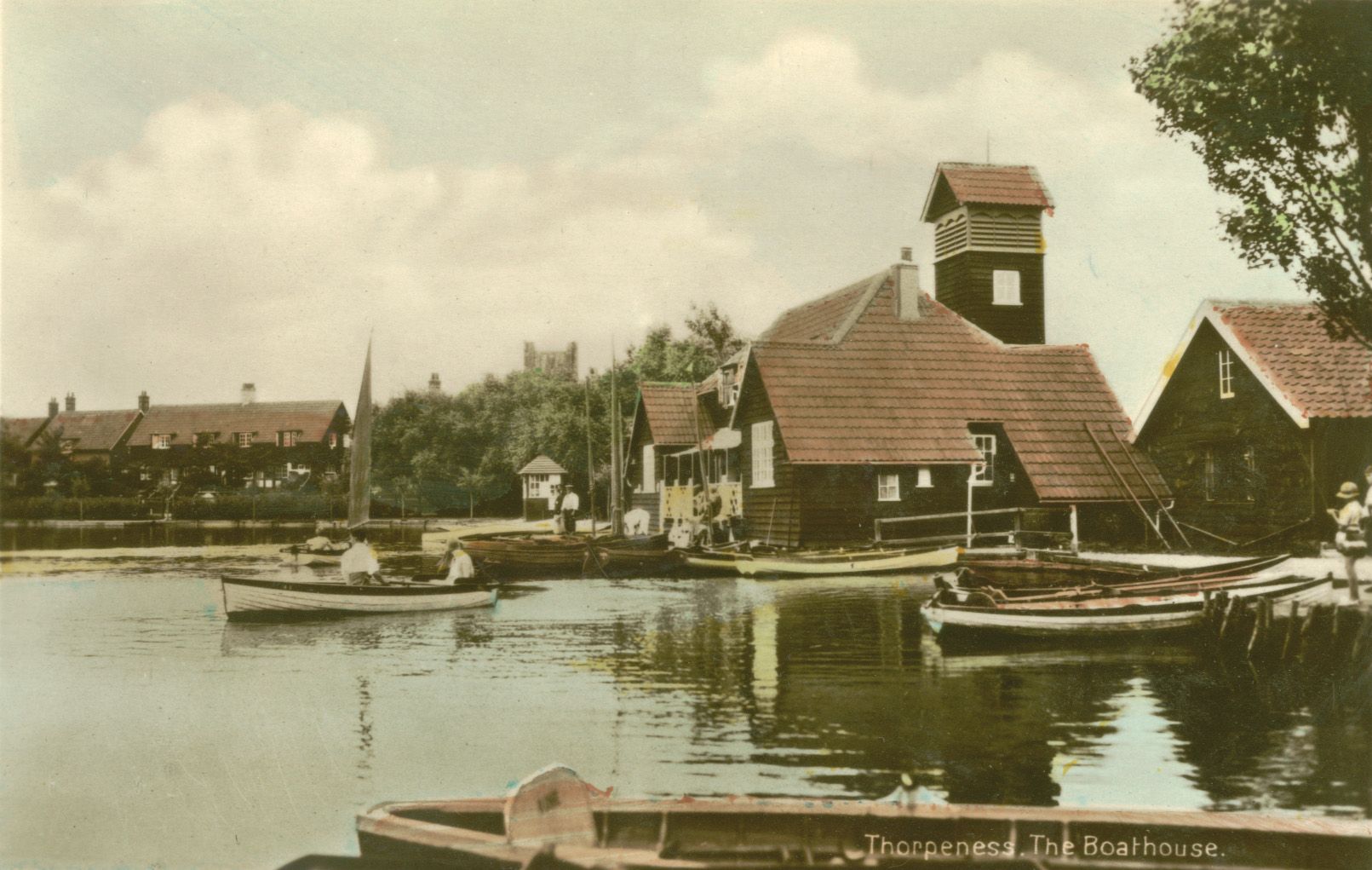 A blog about a lake (Meare) – how does that fit in with Yodare’s island challenge? Well whilst researching lakes with islands on them Thorpeness Meare came up and I was hooked.

Thorpeness Meare is on the Suffolk coast close to Aldeburgh and is an artificial lake (or mere) that was created where there had once been an Elizabethan shipping haven that had silted up.Many of the inspirations for the Meare came from J. M. Barrie (the author of Peter Pan) a personal friend of the local landowners, the Ogilvies. Along with a large main pond, there are several channels with landings marked with names from the Peter Pan stories. Tiny islands on the Meare contain locations found in the novel, such as the pirates’ lair, Wendy’s house, and many others, where children are encouraged to play. The Meare was dug to a shallow depth for safety reasons so no problems with tides or depth on this set of islands for Yodare! The only risk is the wooden crocodile on one of the islands! 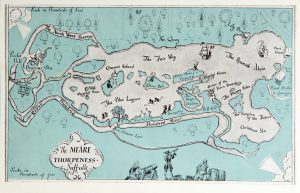 A variety of boats can be rented to enjoy the water, many of them originals dating from the creation of the Meare and named by the local workmen who had dug the lake. I’ve been fortunate enough to be given permission to sail Yoda on the Meare by the kindness of the Ogilvies, more of the great people who help Yodare raise money for Cancer Research and Oakhaven Hospice.

Whilst sailing the islands on the Meare I’ll be looking out for the “The House in the Clouds”. This was originally a water tower built in 1923 to receive water pumped from Thorpeness Windmill and was designed to improve the looks of the water tower by disguising its tank with the appearance of a weatherboarded mock-Tudor style. Now it appears  to float above the trees – wonderful, quirky and a great place to take the Yodare adventure.

Every August the Meare is home to Thorpeness Regatta when there is a lit boat parade followed by a firework display, a truly magical event. 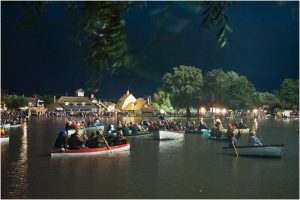 Thorpeness Meare will be so different to anything else I will be sailing and for that reason I’m looking forward to experiencing all those Peter Pan islands and hopefully avoid being eaten by the wooden crocodile! Enjoy this amazing drone footage of the Meare.

Yodare Island of The Week No.20 Piel Island