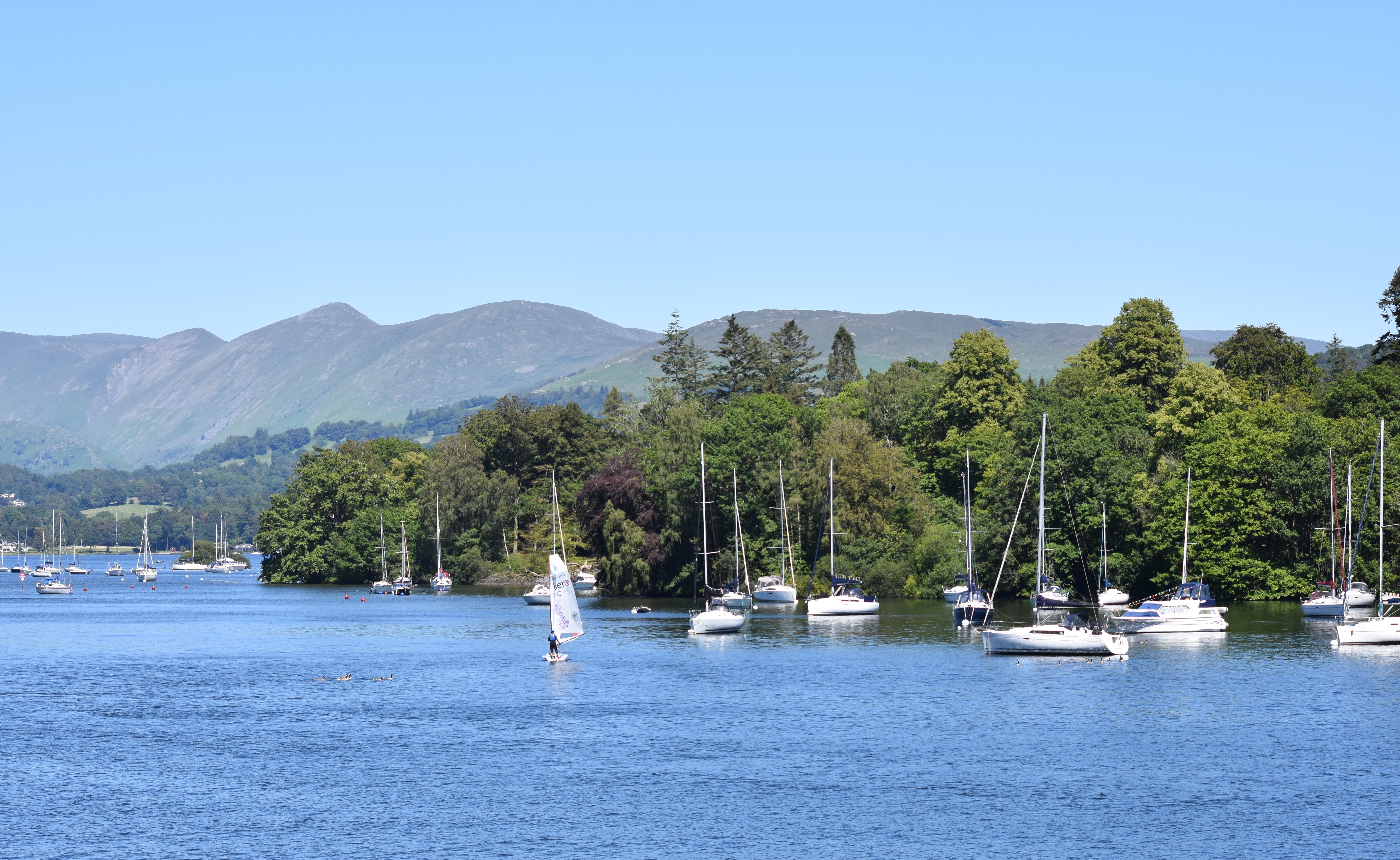 Lake Windermere is the largest natural lake in England and is located in the Lake District, Cumbria. Measuring approximately 10 miles in length .

The lake contains nineteen islands but some of these are so smal they don’t meet the “island criteria” for the Yodare challenge. Maiden Holme typifies this as it is literally just a tree emerging from the lake surface (see picture below). Others you aren’t able to sail around physically so that leaves 14 islands that are sailable (three of them only just!). By far the largest is the privately owned Belle Isle opposite Bowness and around a kilometre in length.

The other islands or “holmes” are considerably smaller. The word “holme” or “holm” means small island or islet and comes from Old Norse holmr. The island of Lady Holme is named after the chantry that formerly stood there and in former centuries was sometimes called St Mary Holme or just Mary Holme. The remaining islands are Bee Holme (the insular status of which depends on the water level), Blake Holme, Crow Holme, Birk or Birch Holme (called Fir Holme on Ordnance Survey maps), Grass Holme, Lilies of the Valley (East, and West), Ling Holme (a rocky hump with a few trees and a growth of ling), Hawes Holme, Hen Holme (also rocky and sometimes known as Chair and Table Island from some old flags or slabs of stone that were formerly found there), Maiden Holme (the smallest island, with just one tree), Ramp Holme (variously called Roger Holme and Berkshire Island at different times in its history), Rough Holme, Snake Holme, Thompson Holme (the second largest), Silver Holme.

On Friday 13 June 1930, Sir Henry Segrave broke the world water speed record on Windermere in his boat, Miss England II at an average speed of 158.94 km/h (98.76 mph). On the third run over the course, off Belle Grange, the boat capsized. Segrave’s mechanic, Victor Helliwell drowned, but Segrave was rescued by support boats. He died a short time later of his injuries. Segrave was one of the few people in history who have held the world land speed record and water speed record simultaneously.

Here’s some on board footage from the sail around Lake Windermere.

I Love It When A Plan Comes Together!