Heading out towards the Tudwal Islands

So welcome to the first installment of “Island of the Week” where each week we explore the story behind the 183 islands that are part of the Yodare challenge (that number does keep increasing – which is a bit worrying!!). For this first installment you get a “buy one, get one free” introductory bonus – St Tudwals East and St Tudwals West.  So firstly lets start with where they are: 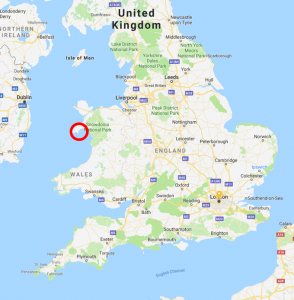 Just off the Lynn peninsula in North West Wales these two islands were the first ones I sailed around, so they have a special place in my list of favourite islands. Both of these islands have had celebrity owners and one of them is still owned by a celebrity. So lets start with the current celebrity island of St Tudwal West which is owned by Mr Adventure himself Bear Grylls. The island has a lighthouse which was constructed back in 1876 when Trinity house bought the island for a bargain £111! The lighthouse is now automated and the light keepers accommodation is now a holiday home for Bear Grylls. The island (like Tudwal East) has a high seal population and despite the fog that engulfed me as I rounded the northern edge of the island, I was able to get up close and personal to all the seals lounging on the rock shelves at the bottom of the cliffs – a pretty amazing site. The other island, St Tudwal East is around 500 metres long and was owned until 2016 by TV writer Carla Lane, well known for series such as Butterflies, Bread, the Liver Birds and Bless This House. The only building on St Tudwal East is the remains of a priory which is referred to in 1291 tax returns – so that makes it the oldest building on the adventure so far! Both islands are relatively close to the coastline, but as you sail around them they have a serene feeling of peace and isolation compared to the bustling holiday vibe of the Lynn peninsula.  Disappearing in to the fog around St Tudwals West will stay with me forever. 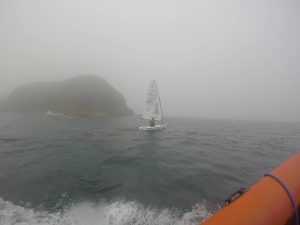 Getting back on the water